Yashresh is an agricultural village in the central part of Israel. Its well of 5 m3 per hour supplied for many years the irrigation needs of the farmers of Yashresh. Then it became heavily contaminated, mostly by perchlorides penetrating from a large industrial plant, and the use of Yashresh water was forbidden by the Israeli authorities.

En Gibton conducted a purification pilot project in Yashresh applying its technology. Perchlorate concentrations were lowered to below 16 ppb. After being inspected by specialists of the Israeli Ministry of Health and the Israeli Water Authority, the use of Yashresh water was allowed again.

In addition to removing perchlorates, En Gibton filters reduced to zero level Coliform bacteria from1,000 per 100mL , and Streptococcus bacteria from 240 per 100 mL and also significantly lowered water turbidity (from 5.1 NTU to 0.15 NTU). 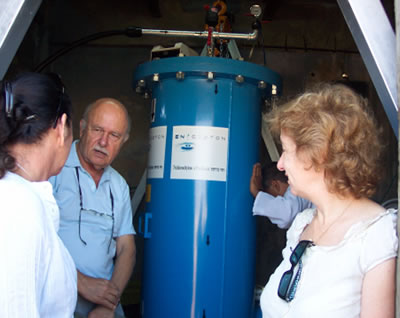